Creatives often are a little arrogant and consider themselves a little special, because they are the people who create what surrounds us and stand by the result of their work. They often refuse to take lessons from others because they think their environment is the most stressful, competitive, and challenging more than any other.

Creatives are always busy, stressed, and chasing the next “impossible” deadline with extremely difficult clients.

But if there is one field that is more stressful than any creative industry: the military! There the stakes are often the lives of the people involved, and missing the target or the deadline might mean… well death! So when somebody from that world comes forward and shares lessons even creatives should just shut up and listen.

If you are an avid internet surfer you might have already seen videos on media such as Business Insider, GQ, FOX News, or CNBC, with a guy called Jocko Willink. For the ones who do not know him already, here is a little information about his background.

Two decades rising the ranks as a Navy SEAL

After spending 20 years in the SEAL Teams, Jocko Willink is now a retired U.S. Navy SEAL officer. During his military career, he started as an enlisted SEAL and rose through the ranks to become a SEAL officer.

During the Iraq War in the early 2000s, he was commander of SEAL Team Three’s Task Unit Bruiser during the battle of Ramadi (one of the hardest and deadliest operations during the war), he orchestrated SEAL operations that helped the “Ready First” Brigade of the U.S. Army’s First Armored Division bring stability to the violent, war-torn city. At the end of the war, the violence rate in the city was lower than in many American cities. His “Task Unit Bruiser” became the most highly decorated Special Operations Unit of the Iraq War.

When Jocko returned from Iraq he served as Officer-in-Charge of training for all West Coast SEAL teams. There, he spearheaded the development of leadership training and personally instructed and mentored the next generation of SEAL leaders who have continued to perform with great success on the battlefield. Jocko is the recipient of the Silver Star, the Bronze Star, and numerous other personal and unit awards.

After completing his career in the navy, Jocko was asked by a friend to teach the same leadership principles he learned on the battlefield at his private company.

This first experience was really successful and the word spread around. This is how he was asked by other entrepreneurs to do the same at their company too. This is how he co-founded Echelonfront together with his brother in arms Leif Babin. A premier leadership consulting company, where he serves as Chief Executive Officer, speaker, strategic advisor, and leadership instructor who helps others to lead and win!

After being on ” The Tim Ferris Show” and “The Joe Rogan Experience” (now several times), both of them suggested he should start his own podcast.

This is how now Jocko’s unique voice can be also heard on his top-rated “Jocko Podcast”, where he talks about war with other veterans, he breaks down leadership principles together with his producer Echo Charles who is sometimes substituted by Dave Berke, a former Fighter Jet Pilot and Marine veteran who served together with Jocko during the battle of Ramadi.

Upon retiring from the Navy, this skill didn’t get lost. Jocko is co-author (together with Leif Babin) of the #1 New York Times bestseller “Extreme Ownership: How U.S. Navy SEALs Lead and Win“, “Dichotomy of Leadership”. These first two books led to his latest manual, probably inspired in the structure by the manuals available in the military world, titled “Leadership, Strategies and Tactics. Field Manual”.

He also **authored the “Discipline Equals Freedom Field Manual”, also a New York Times Bestseller, and available for free on Spotify as an audiobook. Recently together with Dave Berke and Sarah Armstrong, he published “The Code. The Evaluations. The protocols”.

Jocko is no stranger to the world of children either with his series of bestselling children’s books “Way of the Warrior Kid“.

This is probably the shortest and summarized version of Jocko’s biography, but all the purpose of it is to simply prove you one single fact: He is legit.

That said, as creatives, we operate within processes that are extremely complex. The fruit of our labor is to solve problems of a very different nature that come together in one place. Often this process is carried out by a multiplicity of people. Lack of high-level leadership can lead to mission failure. This is why it should be a personal goal to improve one’s leadership skills and as his CV proves, Jocko is a great teacher to look up to.

We personally have never participated in any Muster organized by Echelon Front or any of their other consulting programs so we can’t give you a judgment on these types of events. The way we have been able to learn from Jocko is through his books.

The hardest thing about learning a new concept or skill is just getting started! So which book to start with? It depends on which writing style works best for you and makes you comprehend the idea in the easiest and quickest way.

“Extreme Ownership” and its sequel “Dichotomy of Leadership” are basically the two faces of the same coin. The first book was a big success but questions arose in the readers, who directly addressed the authors. This led to the writing of the second book that seeks to clarify the doubts and misunderstandings generated. That is why it is suggested to read both books together one after the other.

In both books the authors first explain a principle in a clear and simple language then they showcase it in a story from their deployments in Iraq and stories from the business world which they encountered with their consulting company. Of course, everything is kept anonymous to protect the identity of the military operators and keep the anonymity of their clients.

These books are for people who like a more narrative style of literature. Although physical books are always the best, for these two titles we suggest trying out also the audiobook version which is available on Audible. The reading voices are the unmistakable ones of the two authors Jocko and Leif, which add extra emphasis to the entire literary experience.

These two books are fundamental because they led to the publishing of the book we consider to be a real game-changer and that is “Leadership Strategy and Tactics Field Manual” written by Jocko Willink alone.

Who is this manual for?

By using Jocko’s own words “every human being is in charge of something” so this book is actually for everybody.

Whether you are a student, an employee, a startupper, or an established manager in a big company, we can not recommend enough buying this book, reading it, and applying what you have learned. Get feedback from the field, re-read, adjust and improve your leadership. You can read the book cover to cover, or in the other you want. It is supposed to be your companion which helps you with the daily leadership challenges.

We cannot give you all the principles, strategies, and tactics which Jocko coded in his book, but we can give you some tools you can start right away with and build upon.

What is the goal of leadership?

The answer is simple: To get people to do what they need to do to support the mission and the team. That said there are so many different ways of leading, different subordinates, different peers so everything can get quite complex.

Some people, some leaders think that this means having the rank or the status, give orders and impose your will on others while they just execute no questions asked. Well, the reality is that it does not work that way and it is not simple. People will not follow a plan if they don’t trust their leader and they don’t believe in the mission.

In order to get yourself on the path to be a great leader is to get in charge of yourself and doing that by being detached emotionally and by putting your ego in check!

Some examples in which this is applicable in the world of creativity?

Keep your ego in check

Take a deep breath, calm down, assess the situation, check the options and make a move. Panicking and letting your emotions take over won’t benefit you or the creative work you are aiming to do. This is something that everyone should try to master.

The four Laws of Combat

Building on these principles (and further reading)

Alongside what was said so far there are two more components that you should keep in mind to be a great leader which are the titles of the first two books Jocko and Leif wrote together: “Extreme Ownership” and “Dichotomy of Leadership“.

The first one is a mindset: Never make excuses, never blame anyone else when you don’t get the desired outcome or a problem occurs. Take ownership of problems when they occur and work to find solutions. Usually, when a leader or even just a member takes ownership, this attitude spreads through the team and the whole team improves.

The “Dichotomy of Leadership” describes the contradiction of leaders and the balance that is needed to be a good leader. You have to take extreme ownership but not too much so that others can take ownership too. You have to cover your teammates but also let them experience adversities so that they improve. You have to keep things simple but enough so that information is properly transferred. In simple words, you have to be balanced!

These rules, principles, and mindset according to Jocko Willink are the foundation for becoming a good leader at work, in the family, and as a person. These rules are especially important for building great teams and leaders in creative industries whose best fruits come from multiple people pooling their efforts in pursuit of the common goal of creating innovative products and designs.

Start by changing yourself to change your team or company. To Lead and Win like a NAVY Seal! 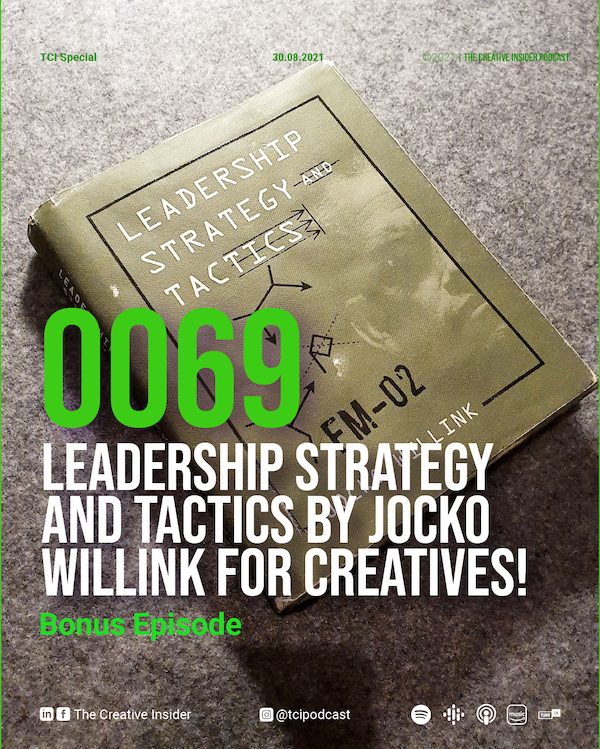 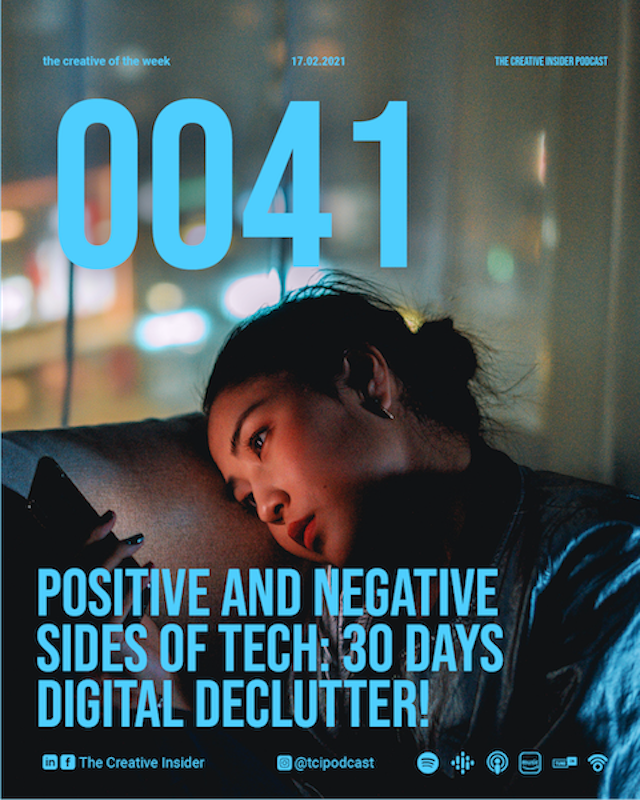 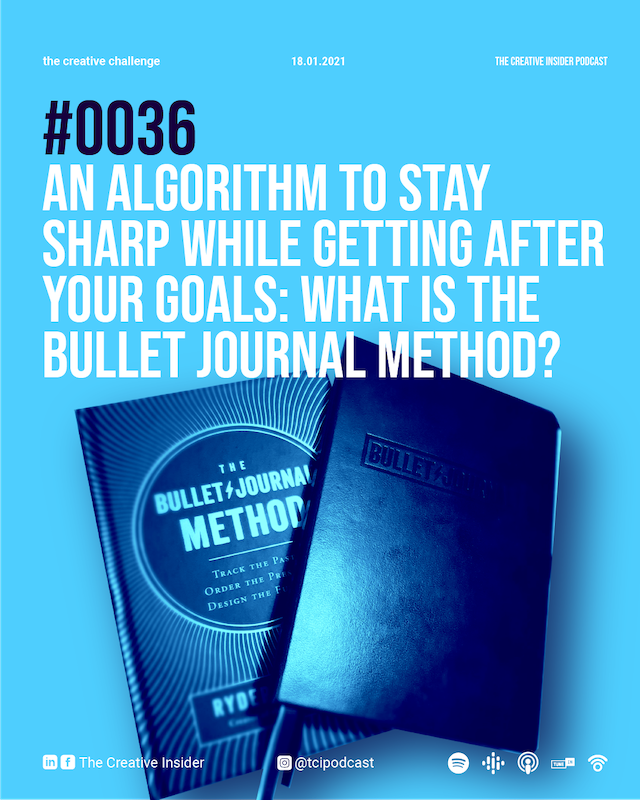